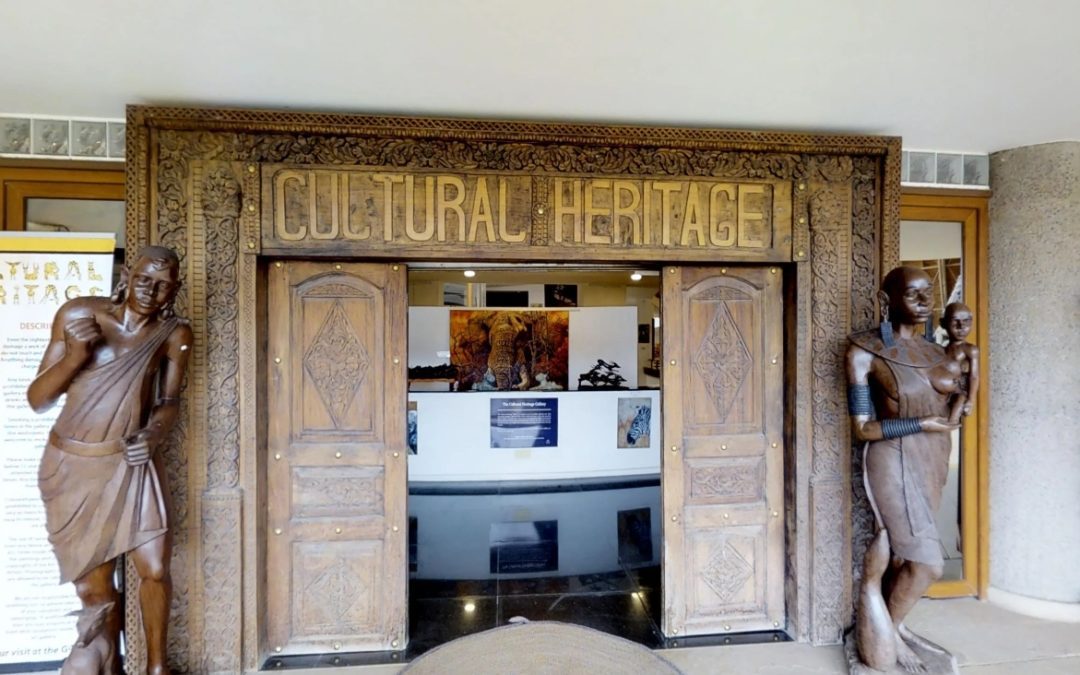 This Virtual Reality startup could boost tourism in Tanzania

If you believe and have a passion for what you do, life will reward you. That’s what Annastazia Stansilous Temu, a Tanzanian based in London stands for. She is the founder of Views4D — an award-winning multimedia digital marketing company that incorporates technology and innovation as a tool to create marketing solutions across many industries, specialising in travel and hospitality.

She has just won a 2020 WTM Africa Awards in the Technology and Innovation category. This is just one of many awards she has received since starting her company in 2017.

Speaking on a Q&A, Anastazia shares her journey to starting Views4D and all the motivation behind it.

You recently got an award for your VR company, can you tell us what Views4D is about and how many other awards related to your project have you received?

We are so honored and humbled to be WTM Africa Awards 2020 winners. This just shows that if you believe and have a passion for what you do, life will reward you.

Though we were founded in London, our story truly began in Tanzania when I took my children to visit their beautiful motherland for the very first time. It was one trip that they still talk about three years on. For children who are well-traveled, this was high praise.

During our visit to Arusha, I took them to visit the Cultural Heritage Art Gallery, situated on the outskirts of Arusha near the Arusha airport. The children were delighted by the collections of art in the gallery. My oldest daughter later mentioned to me that back at school in the UK they were never taught about African art and how beautiful and culturally-rich it was. This very sentence sparked my determination to showcase this art gallery to the rest of the world, to spread the stories of the artists and the abundant culture it held.

I approached the owner and he gave the go-ahead to capture the Cultural Heritage Art Gallery and Centre.

Explore the Gallery in 3D HERE.

The shooting took almost a week. We then launched the 3D virtual model on Google Maps and Street View to share it with the world. We went on to be nominated for two Matty Awards in 2018, both of which we won.

We were contacted by a few colleges in the USA asking us if they could use our content to teach about African art. Cultural Heritage holds the largest number of art collections in East Africa and has been visited by prominent figures such as former US presidents and celebrities. Sadly, however, the location is barely known — not only internationally but locally too. This disturbed me but also sparked my interest in Tanzania tourism.

The following year, we started attending shows and persuading lodge owners to present their establishments through 3D virtual tours. While capturing some of the luxury lodges it surprised me how low occupancies these beautiful lodges had. This raised further questions as to why this could be. I figured that – both for the Cultural Heritage and these lodges – marketing was the big issue. As my background was in engineering, business, and technology, I figured I needed to find out more about marketing in the digital age.

You have a strong background in STEM, what would you say to young women interested in building a career in technology?

Thankfully, at this point in time, it is easier than ever to break into the digital marketing industry, especially for women. All over the world, women in technology is a very hot topic. I have had ties to technology all my life and I know how hard it used to be to get into the sector.

This is speaking from experience; when I was studying my Bachelors in Engineering, I was one of only 2 girls in a class of 35 men. It is fascinating seeing how the industry has evolved,though there are still clearly not enough women in the sector. Recently, I attended a Google Street Views summit at their London headquarters where there were only a handful of us in the room of 250 of the world’s top Street View photographers.

I want to raise my girls knowing that whatever their field of study, they can follow their dreams with enough hard work and determination, and I strive to be a role model to them in this way.

What interested you in Virtual Reality and why do you think it should be part of a marketing tool in the tourism industry in Tanzania?

I took up a Masters studying Digital Marketing at Kings College Business School. My research study was Virtual Reality in Destination Marketing. The content of the Pre and Post-Study was of cultural sites, beaches and safari lodges in Tanzania.

The findings were incredibly positive. They showed that, during pre-test, those who were not aware of Tanzania as a tourism destination did not consider it on their must-visit list. Their perception positively changed after viewing VR Tours of Tanzania and Tanzania became a destination they would like to visit.

Tourism contributes profoundly to countries’ economies. According to statistics (WTTC, 2019), over the past decade the tourism market has been experiencing exponential growth and continues to be one of the fastest-growing economic industries, surpassing the oil and food industries’ global GDPs.

Tanzania as a tourist destination has a lot to offer but it wouldn’t normally resonate in most consumer’s minds except for a select few seeking specific things (e.g mountain hiking or safari). The use of virtual reality to showcase what destinations have to offer to its consumers should be part of a marketing tool in the tourism industry to increase awareness of Tanzania as a tourist destination and thus boost the country’s economy.

Virtual reality is a computer-aided graphic design that simulates elements of the real world, giving a feeling of presence and the immersive experience of “being there”. Its ability to simulate multiple senses through the use of visual, kinaesthetic, and audio cues and, therefore, teleport you to a different environment increases travel experience satisfaction. Hence virtual reality and its application in travel and tourism would be incredibly useful in terms of its functional features.

Of course, it would be ignorant to say virtual reality solves it all. During the above study, I discovered many aspects of marketing. In order for a company to be able to compete in the current digital age, they need to take several things to account when developing their marketing strategies (for example their brand positioning, communication tools, etc.)

So at Views4D, we have partnered with several other experts to acquire more skills in order to provide our clients with complete 360-degree marketing solutions.

Where do you see Tanzania in the world of technology?

Tanzania has a long way to go in the world of technology especially when it comes to improving internet connection and speed. It’s very frustrating when trying to load data files which should take seconds to load that in Tanzania can take several hours. This is obviously drawn from my own personal experience as I work with large data. This could also factor into Tanzania’s struggle to break the glass ceiling in terms of tourism and digital marketing.

For companies like us, the current social climate has been somewhat of a blessing in disguise. We no longer have to explain the benefits of going digital – people can see it for themselves. Virtual reality has become reality – virtual conferences, meetings, and interviews have all suddenly become commonplace.

For digital marketing and innovation, we are at the beginning of a new era. Many companies are wanting to evolve and adapt to this increasingly computerized environment. Views4D is here to help them take their first step.